Lessons Learned and the Road Ahead Against COVID-19

With the United States still grappling with COVID-19, it is clear that achieving a future free of the disease will require recognition of missteps and thoughtful consideration of how to move forward.  During the October 13, 2020 session of Washington Post Live’s “America’s Health Future” series, two experts outlined exactly these perspectives. The discussion, entitled “The Impact of COVID-19 on our Health Systems,” was hosted by Washington Post reporter Paige Winfield Cunningham and featured one-on-one conversations with Eric Topol, MD, founder and director of the Scripps Research Translational Institute, and Laurie Garrett, a Pulitzer Prize-winning science journalist.

Dr. Topol emphasized that while the nation places hope in COVID-19 vaccine development, patience is also required. This means allowing time for data collection on vaccine safety and efficacy while also resisting attempts to accelerate approval for political reasons. Dr. Topol had been critical of the FDA  regarding Emergency Use Authorizations (EUAs) on hydroxychloroquine and convalescent plasma, but his view changed after the release of FDA industry guidance on vaccine approval. Though perhaps unprecedented for the science community to involve itself in such political discourse, Topol said, it has become a requirement to ensure success in such an unprecedented time. 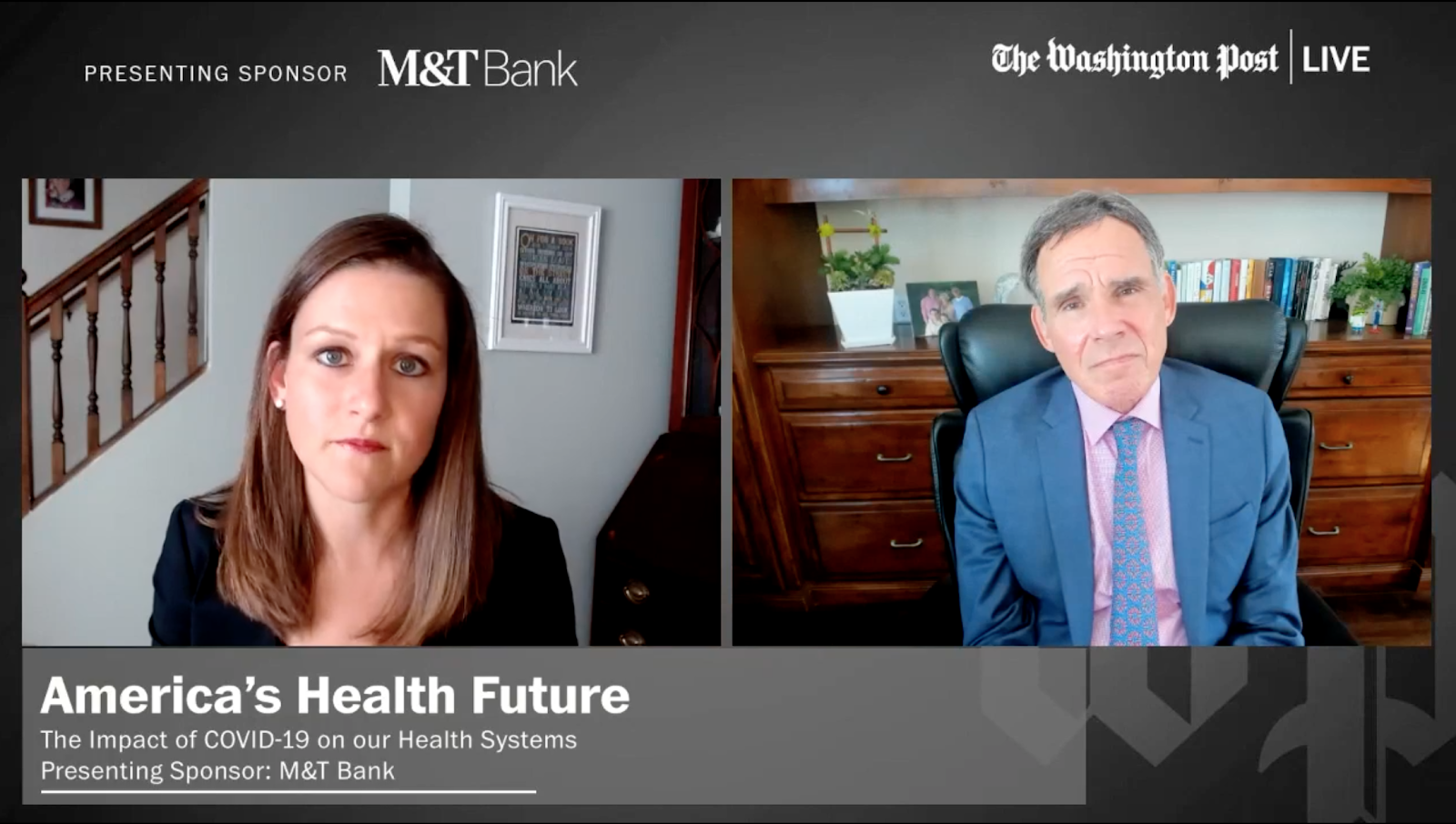 While confident that 2021 will be the “year of vaccine rollout,” Dr. Topol stressed that many hurdles remain. Creating effective distribution and public education strategies will be critical in the coming months. He added that as the number of available vaccines increases, it will be important for public health officials to inform the public on how to make the best data-driven decisions. Beyond vaccines, antibody therapies show promise in reducing the COVID-19 mortality rate. While Dr. Topol expects an EUA for such treatments, he noted that supply would remain limited for the immediate future, again highlighting the many unknown factors around COVID-19.

Ms. Garrett pointed out how the lack of a consistent, national COVID-19 strategy in areas ranging from testing to school reopenings to social distancing is the symptom of a larger failure of the U.S. approach to public health. Countries deemed successful in handling the coronavirus (ex. New Zealand, South Korea, Finland) used a “top-down” approach to public health in which the federal government enforces the response, while the United States’ “bottom-up” system localizes the public health apparatus, resulting in responses that often vary from county to county. 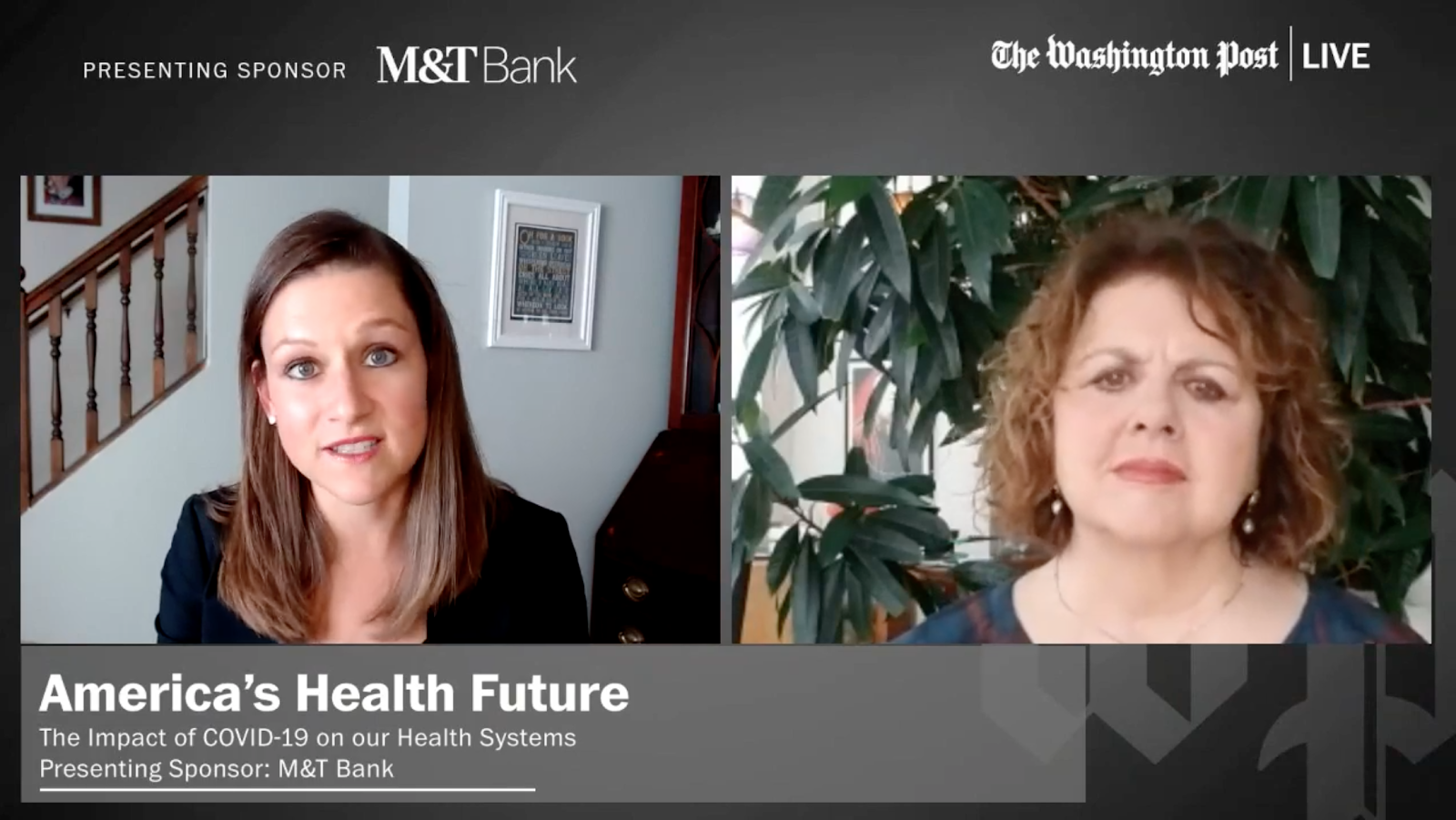 Garrett believes our COVID-19 response risks becoming part of a larger trend. She also sees parallels between the response to COVID-19 and the HIV/AIDS epidemic of the 1980s. During that epidemic, many viewed the response as stigmatizing against those at greatest risk of contracting HIV, rather than targeting the virus itself. This resulted in a longer time period to contain the outbreak and boost confidence in any treatments that emerged. And, after millions of dollars being spent for the treatment of HIV patients,  the virus remains a part of our health landscape when, as Garrett believes, it could have been eliminated if the response had been better focused.

Today, growing opposition to public health guidance like mask-wearing and social distancing risks resulting in a similar situation -- one in which a misdirected approach leads to a public health future with COVID-19 as a permanent feature as Garrett points out. Faced with this future, Garrett said we have a choice to make: either we continue on our current path, or we learn from our mistakes to ensure that COVID-19 becomes nothing more than a memory.

You can watch the full “America’s Health Future” conversation here.