Trust in Science is Strong, According to 2021 Research!America Survey

Research institutions are among those that inspire the highest confidence, along with military, police, and small businesses. Doctors, nurses, scientists, and public health officials took the top four spots for professionals whom Americans feel confident will act in their best interest. 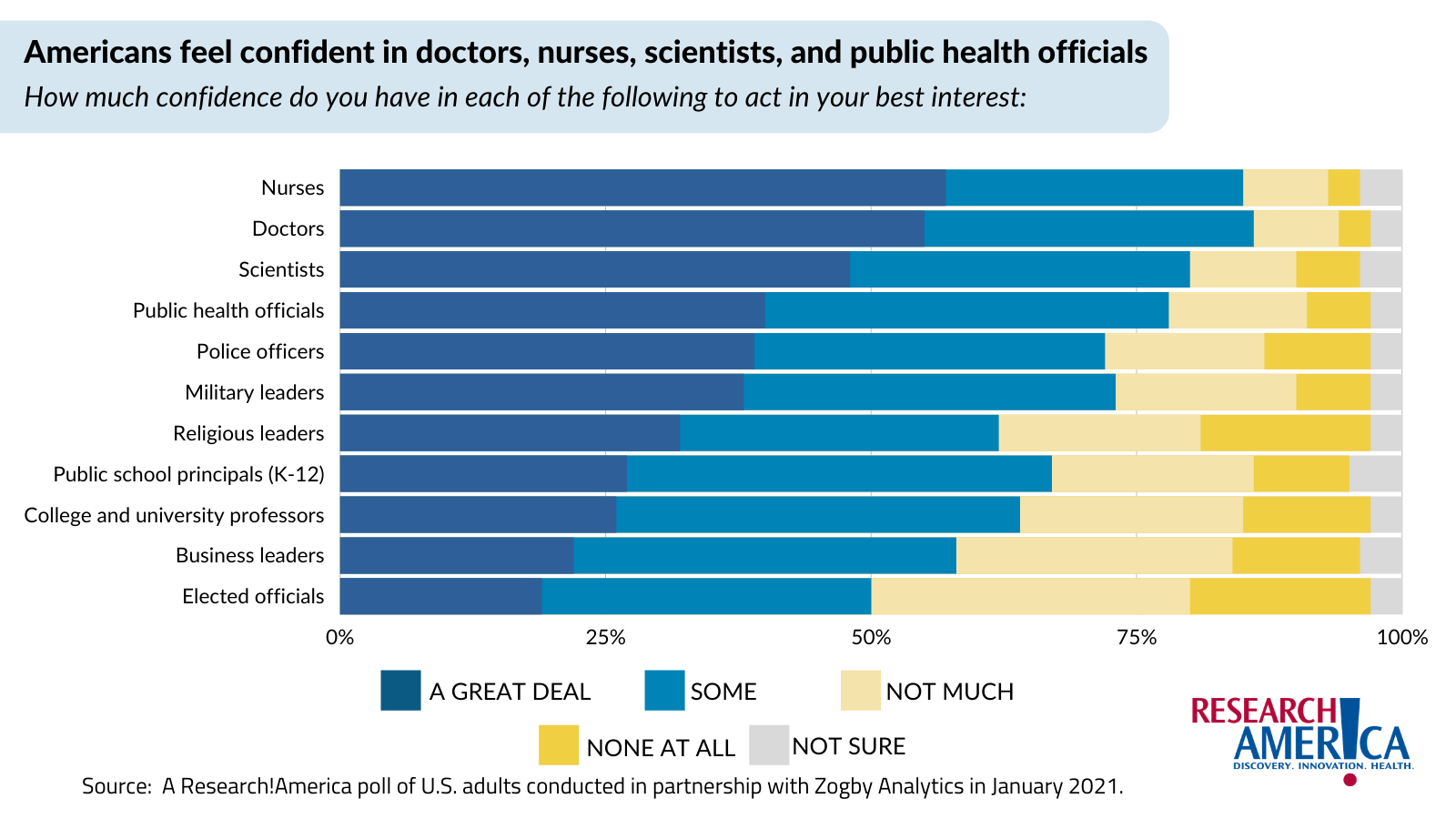 More than ever, Americans recognize the importance of basic research in advancing scientific knowledge. In our January 2021 survey, 85% of respondents agreed with the statement, “Even if it brings no immediate benefits, basic scientific research that advances the frontiers of knowledge is necessary and should be supported by the federal government.” This is up from 80% in January 2020 and January 2019, and 63% in January 2017. Trust in and support for basic research is particularly important because it is often foundational for medical progress, such as that made during the COVID-19 pandemic. 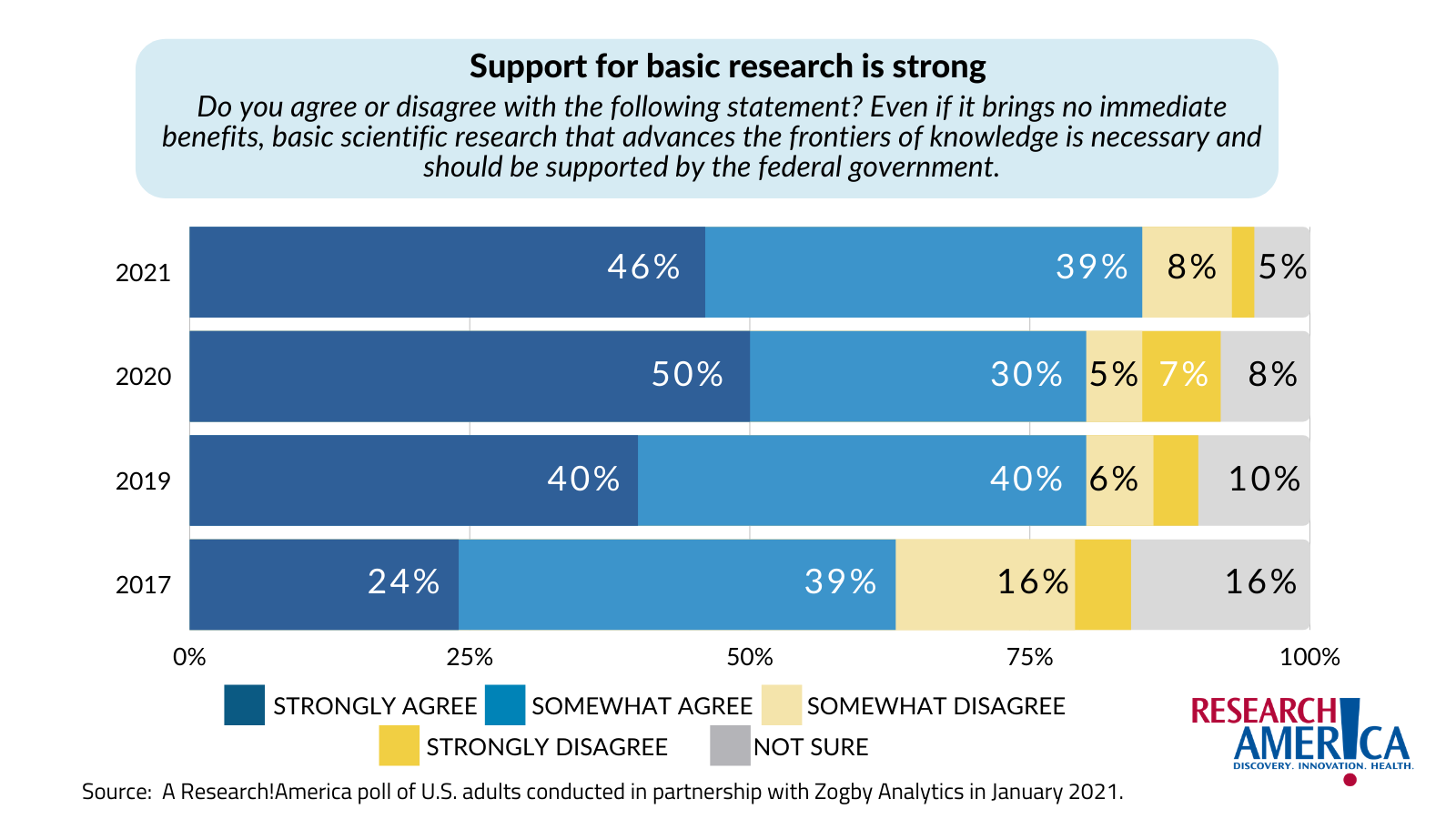