Working Together for Research 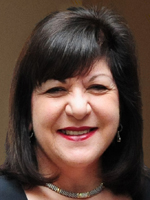 Each year, the American Association for Cancer Research (AACR) is pleased to support and highlight May as National Cancer Research Month. Throughout this special month, the AACR celebrates the accomplishments of the scientific community, advocates for funding increases for the National Institutes of Health (NIH) and the National Cancer Institute (NCI), and spotlights the need for continued improvements in patient care.

There’s no doubt that tremendous progress has been made against cancer. People who have been diagnosed with cancer are living longer today than ever before. The five-year survival rate among adults who have had cancer (all cancers combined) is about 68 percent’an increase of 19 percent since 1975. For all childhood cancers combined, the five-year survival rate is 83 percent, an increase of 30 percent since 1975.

But much remains to be done. Almost 1,600 people in the United States die from cancer every day. The toll in medical costs, lost productivity, and human suffering is immense and will in fact grow as the ’baby boomer’ generation gets older.

Cancer remains the disease feared most by Americans, yet the current funding is not adequate to meet the needs of an effective research portfolio. In fact, when factoring in the rate of biomedical inflation, the NIH has lost nearly 25 percent of its ability to fund lifesaving research since 2003. Furthermore, the current (FY 2014) NIH funding level actually remains lower than in FY 2012 because of the effects from sequestration, which resulted in a 5.1 percent cut to the NIH’s and NCI’s budgets in FY 2013. Increased funding for both the NIH and NCI will help mitigate not only the recent cuts sustained by these vital research institutions, but also begin the process restoring funding lost over a decade of essentially flat budgets.

Scientists are deciphering the complexities of cancer and uncovering its biological causes. They are developing exciting new approaches to diagnosis, treatment, and prevention. Research has already carried us a long way, and it is the only way forward. We in all areas of the scientific community must continue to lock arms and make the case that research is an important investment in the future of this nation and that it saves lives.

Funding research gives all of us a better chance of living a healthier life.
Pam Hirata, heart disease survivor