Research is making a difference in the lives of thousands of people with rare diseases, but there is room for more to be done, as the featured guests discussed at Research!America’s reception event, “Rare Diseases: Perspectives on Progress.” The reception, held February 26, 2019, at the Washington Court Hotel, featured a panel of powerful advocates who highlighted the importance of research in improving lives.

Research!America CEO and President Mary Woolley moderated a panel during the event, which took place during Rare Disease Week, a program of the EveryLife Foundation for Rare Diseases. “There are 7000 rare diseases,” she said in her opening remarks, “and only 5% have FDA-approved treatments. That’s not only not good enough, that’s unacceptable.”

Srini Ramanathan, PhD, Vice President, Developmental Sciences of Horizon Pharma commented on the challenges presented by rare diseases, saying, “Rare disease development is unique in many ways, with 7000 diseases, and 250 more diseases every year, it gets to be an intractable puzzle with 7000 pieces and someone’s constantly adding more pieces to it.” However, he added, there have been a number of advances, including the willingness of this community to collaborate and share information, and “Horizon is deeply committed to developing medicines for rare diseases because we understand the challenges these patients and their families face.” 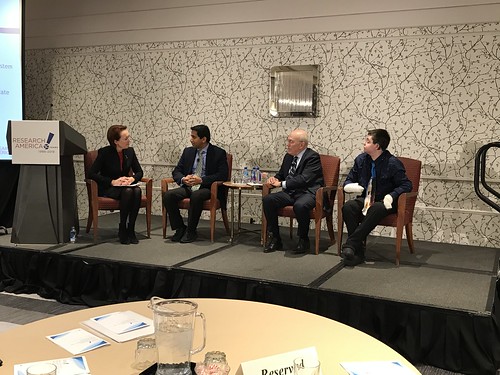 Children represent about 50% of those who have rare diseases, and that’s why Children’s National Health System is launching a new institute, based on the model learned by organizations such as the Cystic Fibrosis Foundation, to provide comprehensive care for children with rare diseases. Kurt Newman, MD, President and CEO of Children’s National Health System, shared that this institute will be a first step to bring people together, researchers and advocates, on a new campus in Washington, D.C. “It’s an exciting time,” he said. “It’s not enough to have the data, the discovery, the drug, but we have to get it to the children that need it.”

The audience also heard from Shane DiGiovanna, a rare disease advocate living with epidermolysis bullosa, (EB). He described his childhood living with this disease, and how fortunate he was to live in a city that is home to one of the nation’s only centers for EB. “I will have to live near a center until they find a cure,” he said. But tremendous progress has been made, he added. “Stuff that is possible today was not possible 10 years ago.”

“People are relentless about getting to the point where it’s 95% of rare diseases that have treatments and cures,” said Woolley in concluding the panel. The panel was followed by a unique presentation of the RAREis playlist, a project of Horizon Pharma in partnership with the Sing Me a Story Foundation and Global Genes. The #RAREis social media initiative pairs children with rare diseases with musicians who transform their stories into powerful songs. The audience saw a video documenting this process, then had the opportunity to hear from Tom Chester, program director of Sing Me a Story, Patsy Thomas, caregiver to Ja’cori, a child with chronic granulomatous disease, and Ralph Covert, the talented musician who gave Ja’cori’s story a musical interpretation. 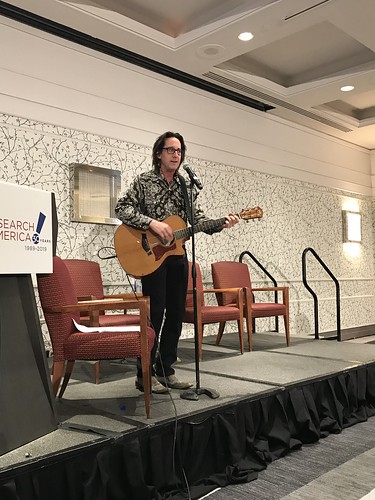 In closing out the evening, Mark Dant, founder and executive director of the Ryan Foundation and board chair of the EveryLife Foundation, talked about the power and hope partnerships bring. “With nothing, nothing changes,” he said. “But the rare disease family becomes a rare disease voice, and research turns “no’s” into “yeses,” and “yeses” into treatment.”