According to a January 2021 survey commissioned by Research!America, most Americans (72%) cannot name a living scientist. Similarly, over half of Americans could not name a medical or health research institution, and 43% were unaware that medical research is conducted in all 50 U.S. states. However, the number saying they could name a living scientist increased from just 20% in 2017 to 27% in the most recent survey. The increased visibility of science during the COVID-19 pandemic may be behind this jump. Pfizer and the Centers for Disease Control and Prevention topped the list of named research institutions. 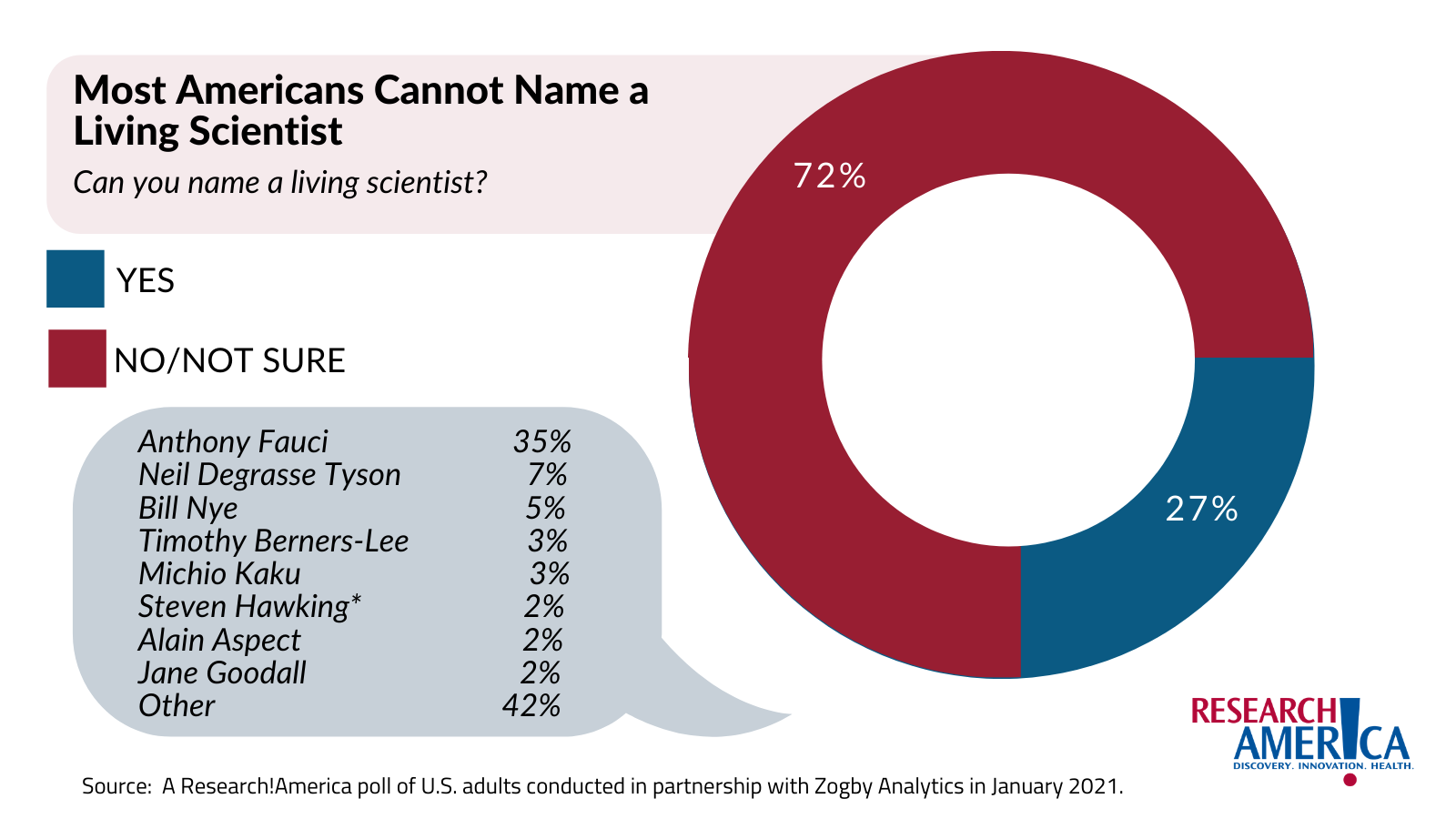 Despite this lack of visibility, those polled largely held scientists in high esteem. Doctors, nurses, and scientists topped the list of professions deemed most likely to act in participants’ best interest. Additionally, a strong majority (91%) say it is important for scientists to inform the public about their research, indicating that most people think public science communication is important. It remains imperative for scientists to engage with their communities on research and science-related issues. 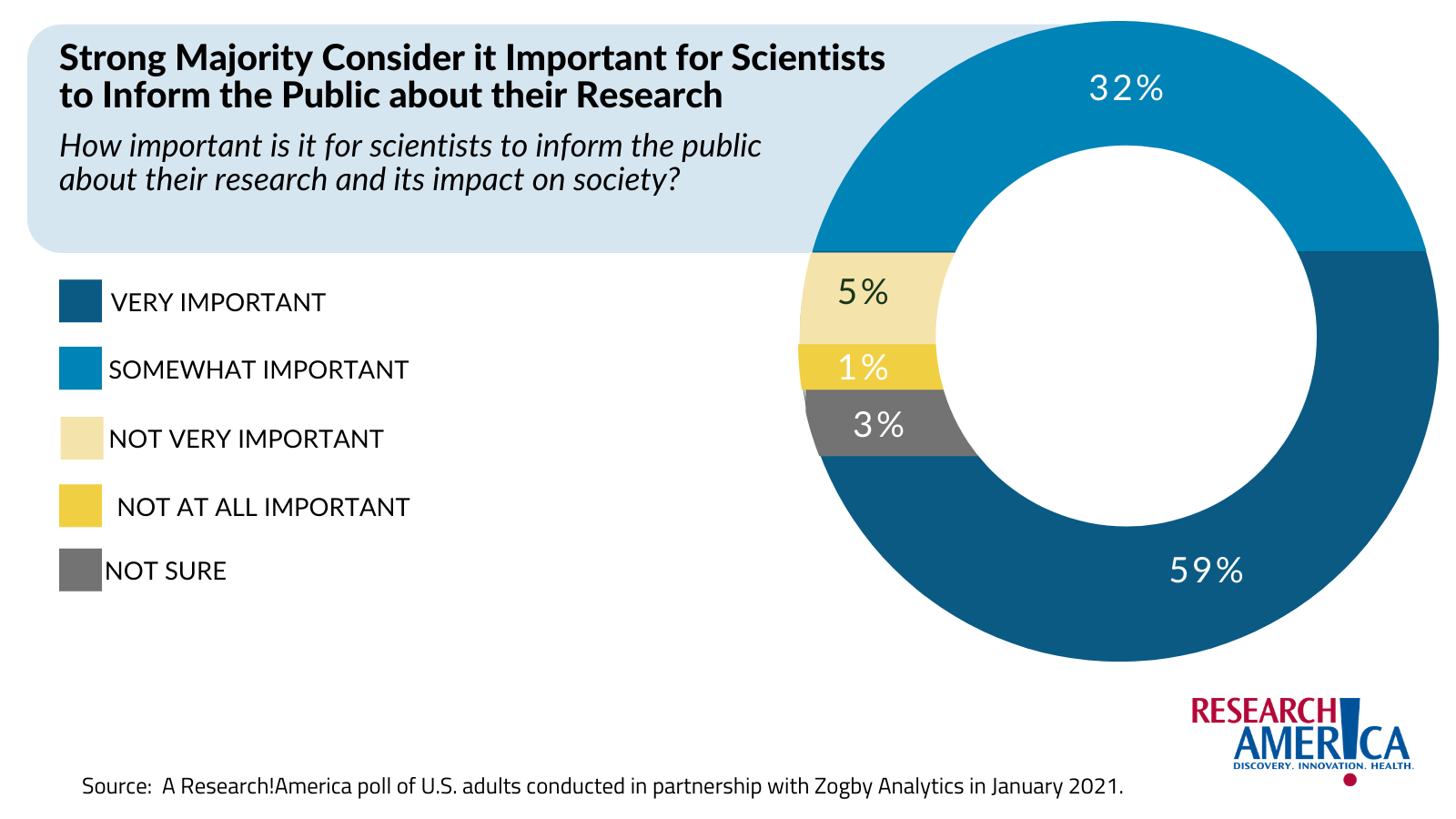