Home » In the News » The Implications of Obstructing Fetal Tissue Research 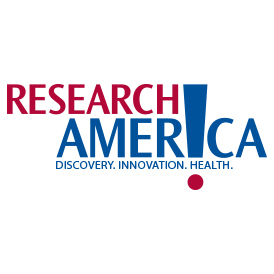 On 5 June 2019, the U.S. Department of Health and Human Services announced policy changes that will dramatically curtail—and potentially end—fetal tissue research in the United States. The new policy prohibits procurement of new fetal tissue for intramural research at the National Institutes of Health, circumscribing this research and precluding any future projects at the Institutes, regardless of potential (1). It also establishes an extra layer of qualitative scrutiny—over and above already rigorous peer review—for extramural research using fetal tissue (1). In addition, it abruptly ends a longstanding contract for fetal tissue research with the University of California, San Francisco (1).
What do these developments mean for medical progress? Simply stated, there will be less of it, and slowed progress in the United States has implications now and for future generations worldwide. Choking off an avenue of research that has already enabled significant advances has consequences for both patients and the researchers working on their behalf.
Fetal tissue research has helped change HIV/AIDS from a certain death sentence into an illness that can be avoided with a single daily pill. It has contributed to vaccines for adenovirus, (2) polio, varicella, measles, and rabies and has led to treatments of rheumatoid arthritis, cystic fibrosis, and hemophilia (2–4).
There are more—many more—examples. Insights gained through studies of Zika virus in human fetal tissue are guiding the development of medicines that prevent virus transmission. Fetal tissue research is generating knowledge critical to preventing and treating pregnancy complications like preeclampsia. Fetal tissue is a crucial resource for understanding such conditions as autism, schizophrenia, and Down syndrome. Parkinson disease researchers have used it to create neurons in regenerative therapies, and a fetal tissue–derived therapy for amyotrophic lateral sclerosis has been shown to slow disease progression in early clinical trials (2). Fetal tissue research has also been used to explore treatments of Huntington disease and macular degeneration. Efforts to better understand how HIV infects human cells and establishes viral reservoirs in the body require living models with immune systems that behave like those of humans. Scientists need fetal tissue to create the mice models in these and other studies based on immune systems, including research into cancer immunotherapy (4).
In the midst of the review of fetal tissue research that led to the aforementioned policy changes, the Trump administration announced that up to $20 million would be set aside for research in 2019 and 2020 aimed at identifying alternatives to studying fetal tissue (5). If the clock weren’t ticking for patients, and if research dollars were infinite, such a diversion of time and resources might be benign. But patients don’t have time, and federal funding is far from infinite.
In 2018, fewer than a quarter (22.7%) of peer-reviewed grant proposals received funding (6), leaving too much potential for progress on the cutting room floor. Nearly 120 000 Americans younger than 45 years die each year because of health threats we can, but have not yet, overcome (7). Given the stakes, it is difficult to justify the diversion of research dollars into finding alternatives to science that is thoroughly reviewed and already highly competitive. We should be leveraging every dollar to forge ahead in the fight against diseases that relentlessly take loved ones from us.
Even if—and this is a huge “if”—a resource similar to fetal tissue could be identified for other types of studies, fetal tissue research is foundational to the study of early human development. Impeding that area of research has enormous consequences. In the United States, congenital anomalies, low birthweight, and prematurity are the leading causes of early neonatal death (8). Indeed, birth defects affect 1 in every 33 babies born in the United States and cause 1 in every 5 deaths during the first year of life. The economic costs are also staggering: Hospital expenses related to birth defects exceed $2.6 billion annually (9).
Rigorous legal and ethical oversight of fetal tissue research has been in place for decades. Numerous federal panels and reviews have evaluated such research and concluded that its conduct is critical to advancing life-saving biomedical knowledge. Research proposals using fetal tissue must pass 2 levels of rigorous peer review (10). Legal and ethical regulatory frameworks require voluntary, informed consent from donors, and like other donated organs and tissues regulated by the Uniform Anatomical Gift Act of 1968, fetal tissue cannot be sold for profit or used for anything other than research and therapeutic purposes (10).
The bottom line? Fetal tissue research is a long-standing, carefully vetted, and proven path to progress in medicine and public health. Stifling this research does harm without doing good. For patients—and we are all patients—that is a tragic misstep.